Zombie Death Fuck is a new variety of cannabis created by crossing Ghost O.G. and Sour Diesel strains, as well as some unknown Sativa DNA, which was said to have been found in South America during World War II.

This hybrid strain has uplifting effects and is often described as “energizing.” Users have also noted powerful cerebral effects that can stimulate conversation or creativity with the right person. It smells like sour diesel, has a medium to a high level of THC, and tastes like the OG Kush strain.

Enthusiasts note that the difference between Zombie D.F. and other strains is in the effects and the terpene profile and cannabinoid content.

The main difference is that Zombie D.F. has higher levels of THC than Ghost O.G. or Sour Diesel, meaning a more psychoactive effect when smoked or ingested.

Zombie D.F. is a cannabis strain similar to the other Sativa strains that came before it, but the THC levels are slightly higher than those of the Ghost O.G. and Sour Diesel strains, meaning it will have a more psychoactive effect. 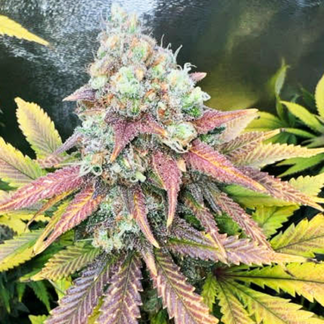