Stardawg is a Sativa-dominant hybrid known for its powerful cerebral effects and subtle body high, bred as a cross between Chemdog and Tres Dog. True to its hybrid nature, Stardawg offers consumers physical and mental energy. This dank bud was named for its myriad of crystal trichomes that sparkle like stars in the daylight and the heavy chemical aroma released when the nugs are broken apart.

The cannabis plant typically grows to a height of 3-6 feet (1-2 meters) and has serrated or sawtoothed leaves. The flowers are densely packed on spikes that grow from the top of the plant and produce a brownish resin, and display an extreme propensity to flower with a short internodal distance. It thrives and packs on dense colas, eventually revealing its cream and orange colors during the last weeks of flowering when its terpenes turn spicy and musky.

Stardawg cannabis strain smells like guava and will leave you feeling relaxed. Its aroma is pungent diesel that oversees a combination of flavors, including skunk, pine, wood, and chem. Users describe the Stardawg high as one that comes on instantly with a euphoric head rush that leaves you energetic and motivated yet slightly relaxed.

In the early 1990s, the genetics for Stardawg was brought to Oregon by an unknown breeder. It was crossed with a potent Indica strain from Afghanistan called Northern Lights. A few years later, it was struck again with a skunk to enhance its potency and yield. In 1995, this new hybrid became known as “Stardawg” after the Grateful Dead song “Standing on the Moon.”

Stardawg is an evenly balanced Indica and Sativa strain hybrid created through a cross of the insanely popular Chemdawg 4 X Tres Dawg strains. This potent bud has a high that hits both mind and body while providing a sense of euphoria and creativity.

Stardawg is a cannabis strain that has been around for a while now. It is known for its high THC content and its ability to induce euphoria. It is also known for being an energizing strain, which makes it perfect for those who are looking to get things done. The Stardawg strain has several medicinal benefits, including pain relief and appetite stimulation. It can be used to treat symptoms of depression, anxiety, and PTSD. 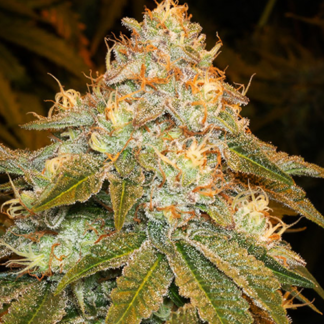